Chimpanzee escapes from zoo in Japan, caught after falling from power pole 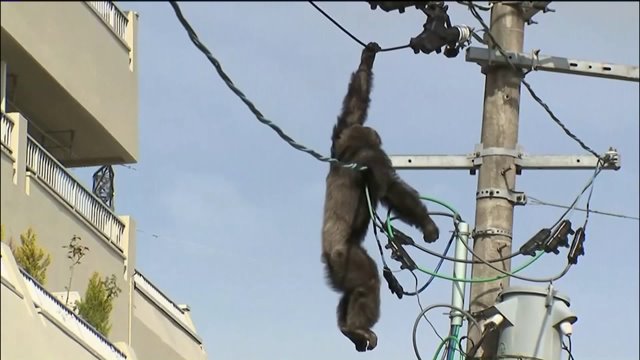 All eyes were on a chimpanzee in Japan after he escaped from a zoo.

The chimp named ChaCha escaped from a zoo in Sendai City and then climbed up a utility pole, perching itself above the city.

People tried to control him, but he lashed out, as he swung along the wires— he even lunged at crews in a bucket truck.

Animal control workers were able to shoot him with  a tranquilizer dart— and after a few minutes the chimp became groggy and fell to the ground.

Chacha is reported to be OK and is being taken back to the zoo.