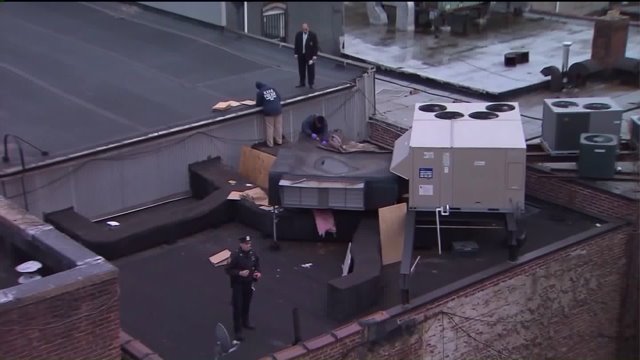 BOROUGH PARK, Brooklyn — Police are trying to figure out how more than $280,000 was stolen from a Brooklyn bank over the weekend in a burglary that could have been out of a movie.

When employees at the HSBC Bank on 13th Avenue in Borough Park opened for business Monday morning, they found a large hole in the ceiling over a vault.

A sophisticated sleuth stole $280K from an HSBC Bank without a trace. New details on the investigation at 10. pic.twitter.com/qFfV6QA4Ht

Authorities are trying to figure out how the culprits managed to break in without being caught on surveillance camera.

The bank closed Friday afternoon for Shabbat and remained closed until Monday morning. The streets of Borough Park were quiet Friday and Saturday as the predominately Orthodox Jewish community observed the Sabbath.

Police discovered a ladder on the roof.

Sources tell PIX11 that the bank's alarm was broken.

Anyone with information is asked to call the NYPD Crime Stoppers hotline at 1-800-577-TIPS.