Ted Cruz stumps for votes after disparaging remarks about the Bronx 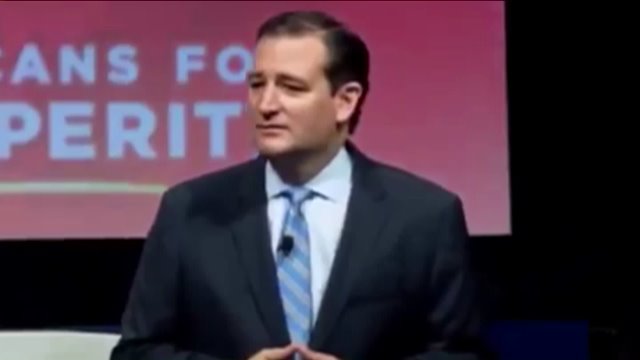 SOUNDVIEW, The Bronx — Conservative firebrand Ted Cruz stumped for votes in the Soundview section of the Bronx Wednesday.

He had lunch for an hour inside Sabrosura 2 on Westchester Avenue.

But it was outside the luncheon where the real political conversation was taking place.

"I think it’s just a front. Don’t come here trying to rack up votes in an hour," said Emmanuel Caraballo, a supporter of Donald Trump.

"We are the poor section of New York city, so why he choose the Bronx," said Edna Ferrer.

Rodrigo Starz, of the social justice group Rebel Diaz, protested the visit and was escorted out of the meet and greet by police.

"We asked him with your anti-immigrant stance, what is your business coming into an immigrant community like the Bronx?"

In 2014 Cruz bashed the Bronx — where 31.9 percent of residents are immigrants.

“I understand that Manhattan is very concerned with their security with the Bronx,” Cruz told a conservative political action conference. “But it’s a little bit different on 2,000 miles of the Rio Grande."

"The Bronx is America and I’m thrilled to be here," Cruz said in response to PIX11's question about the disparaging remarks.

For the first time in decades New York is playing a major role in the presidential primaries.

The state’s offering a coveted prize — the most delegates of any contest left on the primary calendar. Namely, 291 delegates for Democratic candidates and 95 for Republican candidates.

Over 12,000 people were expected to pack Grumman Studios in Bethpage, N.Y., where Republican frontrunner Donald Trump will stump for votes.

Over 1,000 protestors were expected.

"The polls just came out in New York, where they really know me best," said Donald Trump, Republican presidential candidate.

52 percent of likely republican voters support the New York businessman. That’s more than twice the number who prefer Ohio Governor John Kasich who also stumped for votes on Long Island, this week. Kasich will hold a town hall at Fordham University on Thursday.

Hillary Clinton leads Sanders by 11 points, according to RealClearPolitics. Clinton rallied women in Brooklyn on Tuesday.

Bernie Sanders held a rally in the Bronx last week -- and is planning a major rally in Washington Square Park for next week.