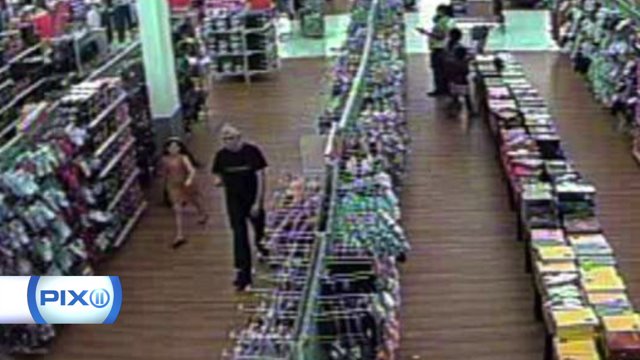 JACKSONVILLE, Fla. —Chilling new video has been released capturing 8-year-old Cherish Perrywinkle's last moments walking through Walmart with an older man believed to be the suspect who raped and killed her.

Donald Smith, 56, is accused in the sexual battery and murder of the child abducted from a Walmart in June 2013.

The chilling video shows the little girl, wearing orange, shopping with her mother and siblings when they are approached by a man resembling Smith who offered to help them shop.

Cherish's mom, Rayne Perrywinkle, said that the man had offered to by the family burgers at the McDonalds located at the front of the store. When Cherish went with him to purchase the food, the child was never seen again.

The surveillance shows them standing outside the McDonalds, but then they leave the store, they get into a white van which then drives out of the parking lot.

At 11:18 p.m. Cherish's mother calls 911, frantically searching for her child who she says was last in the company of Smith.

Smith, who is a registered sex offender had just been released from jail a month prior after serving time on felony charges of child abuse.

He has now been charged with first degree murder, kidnapping a child, and sexual battery on a child. He could face the death penalty.