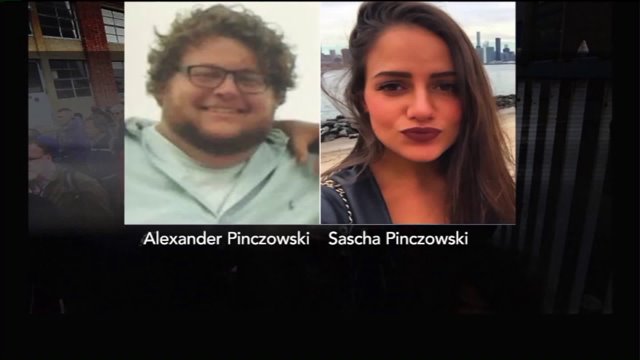 BRUSSELS — At least two of the four Americans missing in the wake of terror attacks that targeted a Brussels airport and subway station are dead, U.S. Secretary John Kerry said Friday.

"The United States is praying and grieving with you for the loved ones of those cruelly taken from us, including Americans, and for the many who were injured in these despicable attacks," Kerry said in a news conference with Belgian Prime Minister Charles Michel.

The slain Americans were identified by Belgian authorities and the Dutch Embassy as Alexander and Sascha Pinczowski.

Four Americans -- including a brother and sister from Manhattan -- were among those missing in the aftermath of terror attacks that killed at least 31 and injured hundreds more.

The Pinczowskis, of New York, were on the phone with their mother getting ready to board a JFK-bound Delta plane when the bombs went off. Their family said the siblings' names are not on the list of survivors and the pair is feared dead.

Kerry did not share a specific number but a senior official told the Associated Press the families of two Americans had been informed of their deaths in Tuesday's attacks. The official, who was not authorized to speak to the matter publicly and spoke on condition of anonymity, did not have further details.