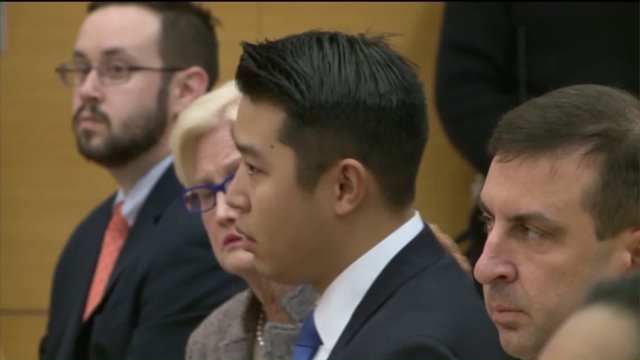 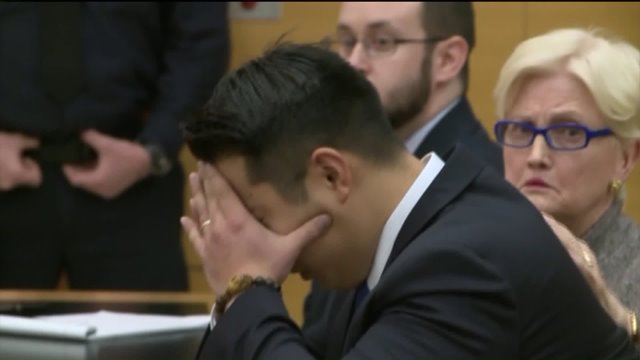 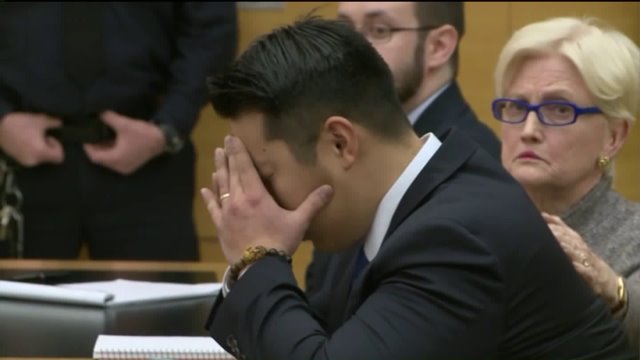 Liang faces up to 15 years in prison. Thompson is suggesting the judge to not sentence the former cop to prison — a move some call it courageous, and others declare it outrageous.

"Peter Liang was indicted, prosecuted and subsequently convicted by a jury because his reckless actions caused an innocent man to lose his life," Thompson said.

Thompson says there is no evidence that Liang "intended to kill or injure Akai Gurley."

Liang, he says, poses no future threat to the public and therefore a prison sentence is not warranted.

He believes justice will be served if Liang receives five years of probation with the condition of home confinement with electric monitoring and does 500 hours of community service.

"As I have said before, there are no winners here," said Thompson. "But the sentence that I have requested is just and fair under the circumstances of this case."

"Mr Liang has no prior criminal history and poses no threat to public safety.  Because his incarceration is not necessary to protect the public, and due to the unique circumstances of the case, a prison sentence is not warranted."

Liang had been an NYPD officer for 18 months in Nov. 2014 when he was on patrol in a dark stairwell of the Louis Pink Houses in Brooklyn. Liang came across Akai Gurley, 28, and his girlfriend in the stairwell and fired his gun. The bullet ricocheted off a wall, hitting Gurley. He later died in the hospital.

“District Attorney Thompson was elected on the promise that he would not allow officers to act as if they are above the law and that he would help restore confidence in the justice system," a family statement said. "His sentencing recommendation is a betrayal of that promise and sends the message that officers can continue to kill Black New Yorkers without consequence."

Prosecutors painted Liang as a rookie cop who fired his gun because he was scared.

"Officer Liang recklessly had his gun out and pulled the trigger that night, took no steps to assist Akai as he lay dying," the family statement said. "And because of that our family has lost Akai forever."

Liang's attorneys said that the officer was so distraught over what happened, he failed to perform CPR on Gurley. They say the shooting was accidental.

A jury convicted Liang of manslaughter and official misconduct in the case.

Jurors deliberated for 17 hours before reaching a verdict. Liang will be sentenced on April 14.  He faces a maximum of 15 years in prison.

Brooklyn borough president Eric Adams, a former police officer, said he's not sure if he would have made the same call as Thompson and that his recommendation should have been made with the consultation of the victim's family.

"Police officers are human beings and as such make mistakes while risking their lives to protect the community. The reasons cited by the d.A. For justifying no jail time in this tragedy are the very same reasons that the officer shjould not have been indicted," Lynch said.

A call for no prison time for a police officer found guilty of killing an unarmed victim is not unprecedented. Eleven years ago Brian Conroy was convicted of criminally negligent homicide and sentenced to five years probation.

What Thompson did was simply a recommendation. It will be up to judge Danny Chun to determine Liang's fate when he sentences him on April 14.