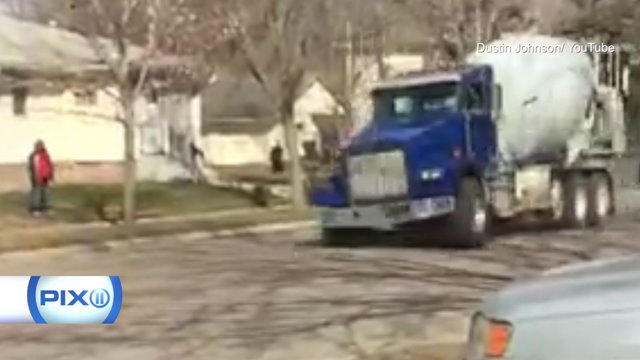 DODGE COUNTY, Minn. — An 11-year-old boy was arrested for allegedly stealing a cement truck and leading authorities on a wild chase through several towns.

Authorities said they attempted to pull over the juvenile suspect for speeding on Highway 14, but he then took off, according to KIMT.

Dustin Johnson, a witness, took a YouTube video and said he saw the boy speeding around local streets in the truck. The boy eventually got a flat tire and rode the truck on the tire rims.

For more than an hour, state police helicopters and officers on the ground chased the young man, who reached speeds up to 70 miles per hour, KIMT reported.

Two squad cars were damaged during the pursuit but luckily no one was injured.

The boy is being held in a juvenile detention center. Charges are expected to be filed Monday, KIMT reported.