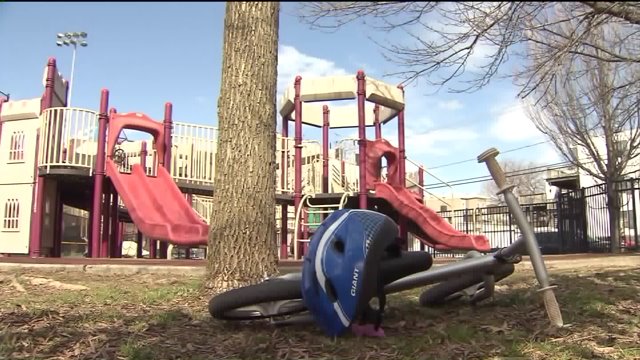 The signs at the first playground clearly tells visitors it is closed because of lead paint chips.

Mary Benson Park right across from Public School 5 was shut down until further notice on Thursday after the Hudson Regional Health Commission found lead paint chips at the park, believed to be from construction on the New Jersey Turnpike extension.

But now Jersey City officials said two more parks and playing fields are closing because of lead paint chips, but where are the signs?

"I didn't know it was closed," parent Corinna Elegba told PIX11 News. "I am concerned about lead paint chips so I will Be leaving now."

This mother brought her 3-year-old son to play at the Enos Jones playground on a sunny Sunday afternoon.
She said she had no idea there were concerns about lead paint chips here and at the nearby Roberto Clemente baseball field.

Link Elegba, other parents also had no idea.

"I did hear about the other park south of here closing, but I didn't know this park as well," parent Danielle Mulligan said.

The park and ball field have also been closed pending cleanup by the Turnpike Authority which is scheduled to begin Monday or Tuesday, weather permitting. Further soil testing will be done following the surface remediation. The Turnpike Authority has also advised they will install netting to prevent additional contamination and will perform daily inspections of the area.

It's still unknown why there are no signs at Enos Jones Playground stating the park is closed.