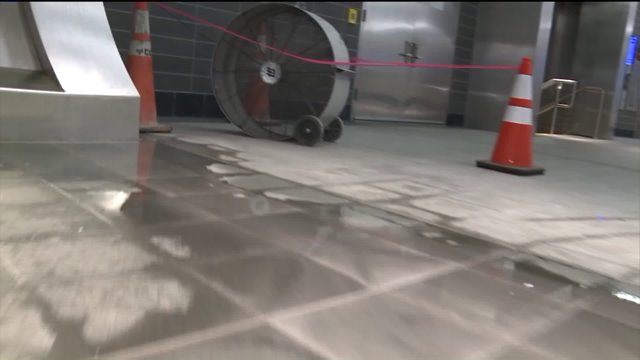 What did the MTA know and when did they know it? A new report claims the MTA knew for years there were serious waterproofing issues at the Hudson Yards subway station during construction.

"You'd think with all the money they spent on these stations, they would get the job right. A brand new station and you have all these leaks. Something is not right," subway rider John Tully said.

Brown water stains dot the ceiling above the escalators inside the brand new station. Water drips down onto commuters. The MTA had to temporarily shut down two escalators because it was worried people would slip and fall. After a rainy day, PIX11 saw a small stream of water in one underground passageway. The MTA told PIX11 they had only known about the leaks for a few weeks.

The MTA responded Friday morning to the claim they knew about the leaks for years. A spokesperson said, "There was a pattern of unacceptable results which is why we demanded that the work be redone at Yonkers' expense and that we would do it with a new subcontractor with special expertise in dealing with this issue. The problem was sporadic but the repairs never lasted.  The leaks after the station opened were noticed weeks ago as I said to you earlier this week.​"