Tub allegedly was punishment for 2-year-old girl who drowned in Brooklyn: source 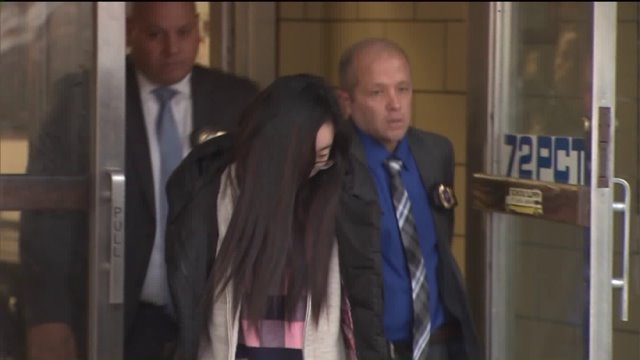 SUNSET PARK, Brooklyn — A mother accused of murder in the death of her 2-year-old daughter whose body was found in the bathtub of their Brooklyn home allegedly put the girl under water as a punishment, a law enforcement source told PIX11 News.

Lin Li, 24, appeared in court Wednesday and was remanded into custody without bail, according to the King's County District Attorney's Office. She faces charges of second-degree murder, manslaughter and acting in a manner injurious to a child, police said.

Li's daughter Melody Pheng was found about 8:30 p.m. Sunday in their home on 47th Street, unconscious and unresponsive in the bathtub, police said. Pheng was taken to a hospital where she was pronounced dead.

Her death was ruled a homicide by drowning, according to the city Medical Examiner's office. The girl's mother was arrested on Tuesday.

A law enforcement said Li allegedly put the girl in the water-filled tub to punish her, though the source did not say for what the child was being punished.

Li's lawyer, Martin Marshak, told reporters his client, who does not speak English, is "very upset and her husband...is very upset about having the family torn apart."

Marshak said Li was in police custody from the night her daughter's body was found, but was not formally charged until Tuesday, two days later.

In that time, Marshak said, Li made a statement to police with no counsel present. He said he has not received a formal notice of the statement she allegedly made.

"What did they do with her? Where did she go? What did she say? How much pressure was put upon her to make a statement? I don’t know," Marshak said. "That’s what we have to find out and that may ultimately lead to the outcome of this case."

Investigators are looking into other possible incidents of abuse involving the family. A 5-year-old boy also was in the home when officers arrived to find Pheng lifeless, police said. Authorities had never been called to the family's home before.

If convicted on the murder charge, Li would face a minimum of 15 years to life in prison, her lawyer said.