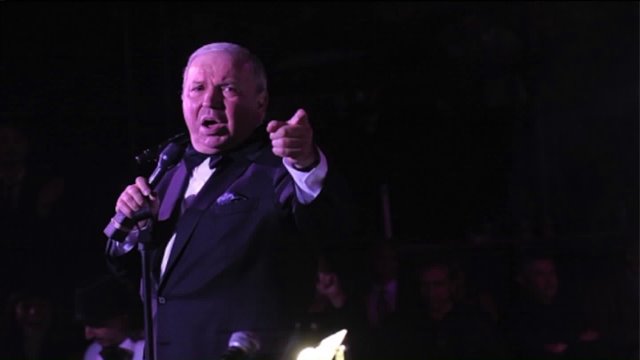 LOS ANGELES — Frank Sinatra Jr., who carried on his famous father's legacy with his own music career, has died. He was 72.

The Sinatra family said in a statement to The Associated Press that Sinatra died unexpectedly Wednesday of cardiac arrest while on tour in Daytona Beach, Florida.

Sinatra Jr. was set to perform at the Peabody Daytona Beach Wednesday night. He was in the middle of his "Sinatra Sings Sinatra" tour singing his father's  songs.

The statement said the family mourns the untimely passing of their son, brother, father and uncle. No other details were provided.

Kidnapped and held for ransom when he was 19, Sinatra Jr. had already followed his dad into the music business by then. His most recent album "That Face!" was released in 2006.

He eventually worked for his father as his musical director and conductor. He performed the National Anthem at a New York Yankees game last year.

Sinatra Jr. made several TV appearances as himself on shows like "The Sopranos" and "Family Guy."

The last time Sinatra Jr., was in Daytona Beach was in 1994 as the director of his father's show. His father died in 1998 from a heart attack.

Celebrities took to Twitter Wednesday night to mourn the star.

I am deeply saddened to hear of the passing of Frank Sinatra Jr and send my sympathy to Tina and Nancy and the Sinatra family.