Trio beats 62-year-old unconscious, steals his phone and cash in the Bronx 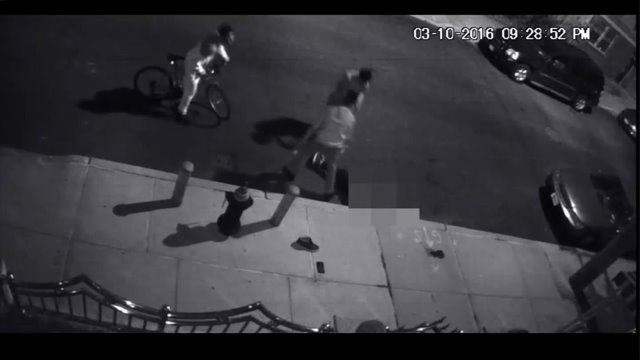 THE BRONX – A violent trio beat a 62-year-old man so viciously for his phone and cash that he was knocked unconscious, police said.

Three males attacked 62-year-old man, punching and kicking him until the victim fell unconscious onto the sidewalk. When the man was on the ground, the attackers stole his Android phone and unknown amount of cash, then ran away and left him in the roadway.

Police released video of the attack Monday with a call for help to find the culprits. There was no description given of the group.

The footage shows the attackers hit the man so hard, his hat flies off his head and he's knocked out of one of his shoes.

Police said the victim was taken to a hospital, treated and released.