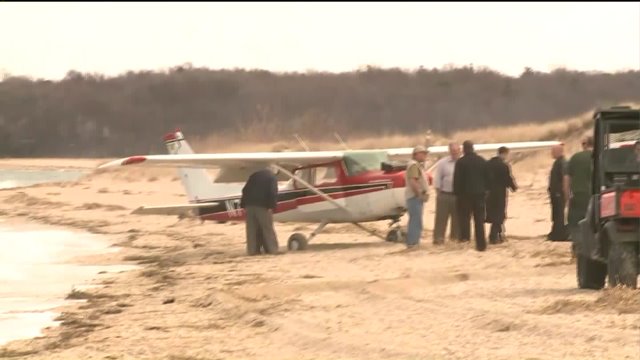 With two people on board, the Cessna 152 landed in Sunken Meadow Park, according to the FAA. No one was hurt. It wasn't immediately known what prompted the emergency landing.

The aircraft is registered to Long Island Aviators. According to the FAA's online registration bank, the plane's certificate expired at the end of February.