Hundreds rush to get blood tests amid lead concerns in Newark 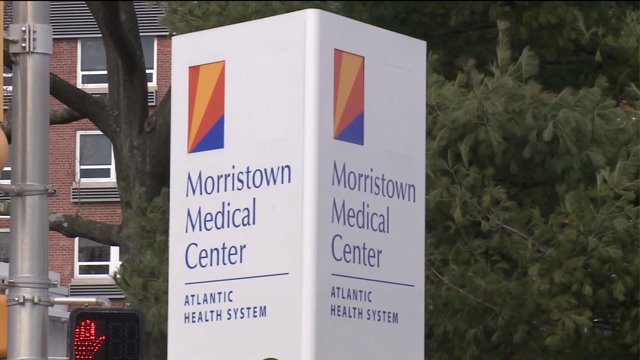 NEWARK, N.J. – On the heels of Newark city officials disclosure of lead in 30 school buildings, comes word there is possible lead exposure in another part of the state.

Morristown medical Center officials confirm to PIX 11 nearly one thousand people have been tested for possible exposure to lead by ingesting tap water at the facility. 990 people - employees, current and former patient, children (including those who attend the on site daycare center), hospital volunteer and visitors - have taken the blood test. They were at the hospital between January 22 and February 25.

Hospital officials tell PIX 11 water tests conducted throughout the medical center identified levels ranging from extremely low to 1,100 parts per billion, a high level which exceeds the federal action level of 15 parts per billion. Upon learning of these results, Morristown Medical immediately shut off tap water and providing bottled water for drinking and food preparation on Thursday, February 25.

Testing results conducted in recent days have showed a strong decline in the level of lead in the water. In consultation with the DEP, the hospital remain on bottled water for drinking and food preparation. They are working with the DEP and DOH to determine a timeframe to restore tap water supply.

Morristown Medical Center has established a call center at 855-635-4657 to answer any questions concerned individuals may have.

Testing is available at morristown medical center from 11 a.m. -7 p.m. Monday through Friday and from 7 a.m. - 3 p.m. on Saturday and Sunday.

Dr. Steven Marcus, director of the Rutgers New Jersey poison Center says lead issues go beyond New Jersey.  "This is a problem that is nationwide it's not just New Jersey it does tend to be found in older communities," said Dr. Marcus.

Dr. Marcus adds "In older portions of the country you tend to run into old plumbing and  old Buildings."

And it is old lead pipes that's often the source of elevated levels of lead. That is the likely cause in the newark school buildings.

On Wednesday, it was announced elevated levels of lead were detected in 30 school buildings on Monday. Parents are upset it took the city two days to notify them.

"They should be able to shut down the school for a day or two and should get the water supply cleaned up," said one parent.

Another parent told us they're concerned about the damage from lead poisoning. "Right away I think about the long term affects will this compromise their quality of life or their health?"

"An individual child we cannot say is going to be Brain damaged because of a certain exposure to lead," said Dr. Marcus.