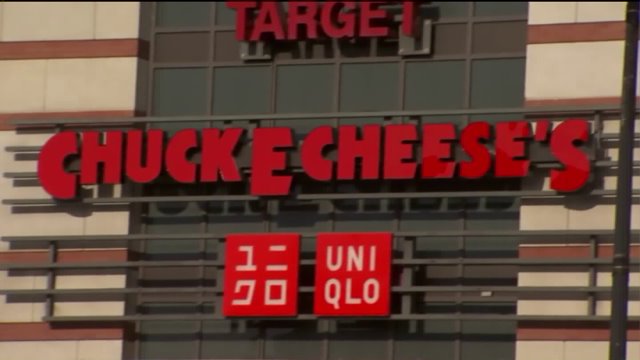 BOERUM HILL, Brooklyn — Parents in Brooklyn are outraged that Chuck E. Cheese's, a place made for kids, could be serving alcohol soon.

A community board voted to approve the beer and wine application for Chuck E. Cheese's at Atlantic Terminal. The chain announced last October that it will be providing new alcoholic options on its menus to appeal to millennial parents and increase sales.The menu will feature beer, wine and some new healthier food choices.

But some people are concerned that serving alcohol at the Atlantic Terminal location might not be a good idea because of the history of violence in the area.

"What no, I can't believe that," a Brooklyn mom told PIX11 News.

The mom had bitter feeling towards Chuck E. Cheese after she learned her son's favorite party place could possibly be serving beer and wine.

"This is not good, kids should not have people drinking in their fun zone. It's their place to enjoy not parents," the mom said.

The new addition to the Atlantic Terminal's chain location is nothing new. Chuck E. Cheese said more than 75 percent of its locations already have an adult drink menu.

The biggest concern to parents near Atlantic Terminal is that the alcohol intake will fuel and increase violence in the area that already has a history of it.

To calm fears, the Chuck E. Cheese at the location will increase security and staff.

But for some, that isn't enough to convince them to come into the door.

The Chuck E. Cheese at Atlantic Terminal did sell alcohol before and stopped in 2006 because of low sales.

The State Liquor Board is set to vote to allow the sell on March 9.