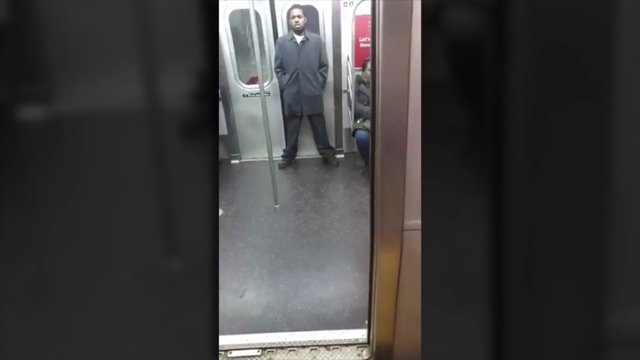 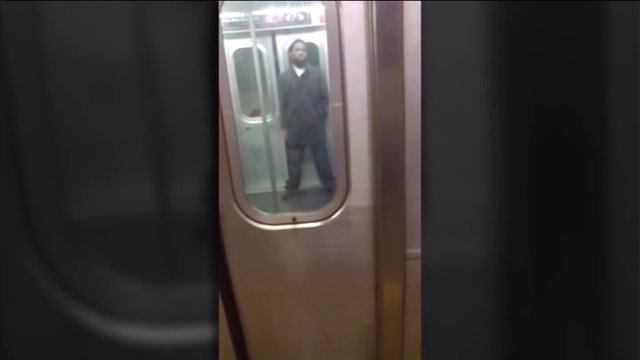 BROOKLYN -- Imagine you're riding a crowded Q train in Brooklyn and all of a sudden, you see a man walking inside the subway car brandishing a knife.

Rider Mariah Lopez Ebony whipped out her cellphone and gave a running commentary of what she saw.

"This is crazy," Ebony said in the video," I have been a New Yorker all my life and I have never seen **** like this."

Ysaac Paul, 31, was arrested after police say he was observed "aggressively standing with a knife in hand," around 2 p.m. Thursday, alarming fellow subway riders.

He's been charged with menacing and criminal possession of a weapon.

And just a few hours earlier, in Manhattan, on a No. 2 train at 125th street, 42-year-old James Maye was arrested for the same crime, menacing passenger with a knife.

"A knife is so violent," Jo-Ann White, a subway rider, said.

Police stepped up their visible police patrols and safety checks on subway platforms and in the cars during rush hour.

They handed out pamphlets reminding passengers to be on the lookout for people with weapons.

"What we're out here today to do is to engage, to give prevention tips," Asst. Chief Vincent Coogan of NYPD. " we stuck our heads into the subway cars, but we don't hold up the trains."