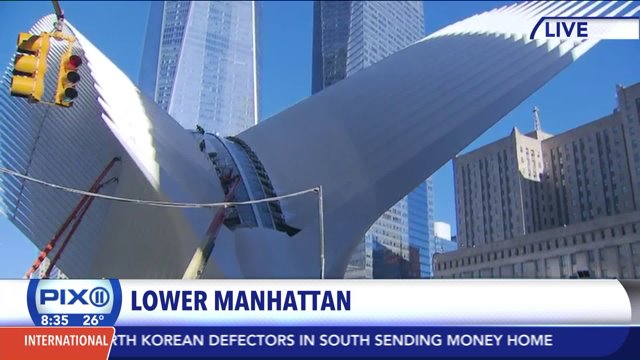 Dubbed the Oculus, the station replaces one destroyed in the 9/11 attacks and its white, wing-like structure resembles a bird in flight.

It's going to serve 250,000 daily commuters and 11 subway lines, according to the Port Authority of New York and New Jersey, which owns the structure. The main transit hall is 365 feet long, making it 90 feet longer than Grand Central Terminal and the third-largest transit center in the city.

The station was designed by Santiago Calatrava, cost $3.9 billion and took 12 years to complete -- twice as long as originally planned and some $2 billion over budget. Transit officials opted not to hold a ribbon-cutting ceremony.

Next up at the gleaming new hub? Retail.

Westfield plans to bring shopping to the transit center.