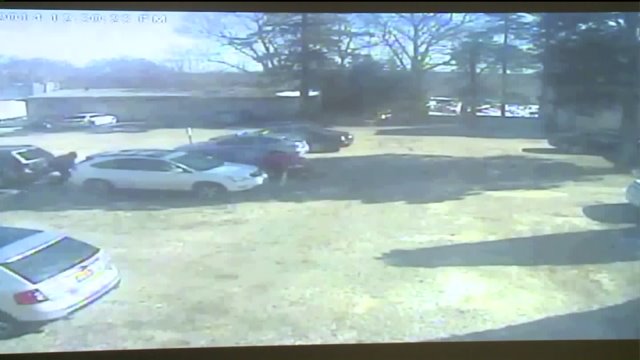 LONG ISLAND – Two years after a masked gunman shot the owner of the iconic Oheka Castle in Huntington, Suffolk County authorities released new surveillance video in an effort to solve the case.

Gary Melius with singer Debbie Gibson at a fundraiser at Oheka Castle in 2012. (Getty Imagesa)

Video from March 2014 shows Gary Melius walking to the parking lot of the famed venue and getting into his car.  Soon after, the suspect can be seen walking up to the driver's side and opening fire before fleeing in a Jeep Cherokee, police said.

Melius suffered a gunshot to the head and spent eight days in the hospital before being released.  He also had to undergo surgery on his head and eye during his lengthy recovery.

The Long Island powerbroker, known for his work with charities and large donations to politicians, has long said he suspects a political rival may have been behind the attack.

Melius has offered a $100,000 reward for information leading to the arrest of the gunman.