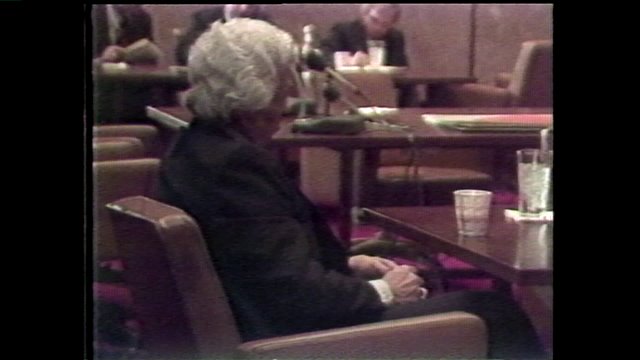 MEMPHIS, Tenn. — The man most famous for treating the king of rock 'n' roll, Dr. George Nichopoulos, died at age 88 in Memphis, Tennessee, according to the Memorial Park Funeral Home and Cemetery.

No cause of death was given by the funeral home, which said he died Wednesday.

Known as "Dr. Nick," he treated Elvis Presley for the last decade of his life and was accused of over-prescribing drugs to the singer, ultimately causing his death. Nichopoulos maintained he was treating Presley for insomnia and was acquitted.

He later lost his medical license in another case.

The hip-swiveling entertainer collapsed and died in the bathroom of his Memphis mansion on August 16, 1977, at age 42. While his official caused of death was linked to an irregular heartbeat, the autopsy report was sealed amid accusations that abuse of prescription drugs caused the problem.

At the trial for the doctor accused in pop icon Michael Jackson's death more than 30 years later, Nichopoulos' alleged role in Presley's death was a topic of testimony.

Jackson died in 2009, at age 50, from a fatal combination of sedatives and the surgical anesthetic propofol.

His personal physician, Dr. Conrad Murray, told investigators he gave Jackson nightly infusions of propofol to treat his insomnia. He was convicted of involuntary manslaughter, sentenced to four years in prison and stripped of his medical license.