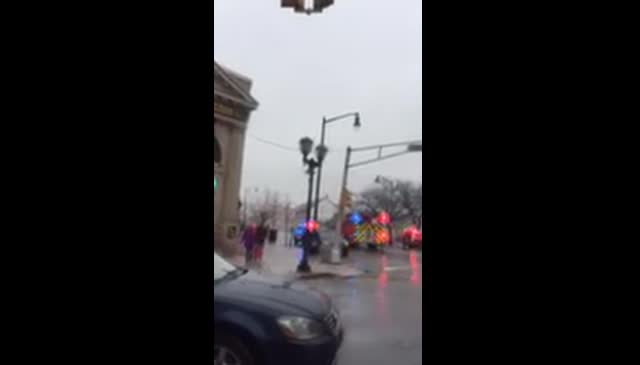 Both manholes blew before 11 a.m., according to a spokeswoman with the city of Elizabeth.

The blasts happened about a block apart along Elizabeth Avenue, with one at South Seventh Street and the other at New Point Road, officials said.

They're being blamed on an underground fire from power lines corroded by road salt. Wednesday's rain likely carried salt from the pavement to the wires which then sparked, creating smoke. A buildup of CO2 created immense pressure until the manhole exploded.

No one was hurt.

Crews from PSE&G and the Elizabeth Fire Department are on the scene. Utility crews cut power to the area and extinguished the fire on its own, according to a deputy fire chief.

As of 1:30 p.m., power had been restored to most of those customers. Those still without power can expect the electricity to be turned back on in "a couple hours," officials said.

Some 20 businesses and residences in the area were evacuated for about 2 hours. Those evacuation orders have since been lifted.