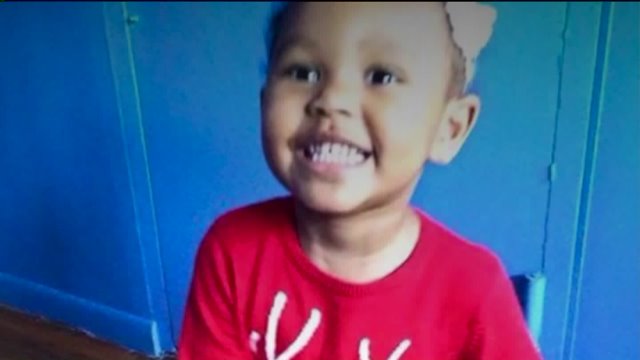 BEDFORD-STUYVESANT, Brooklyn — Investigators from both the NYPD and FDNY are trying to figure out how a 2-year-old girl's body went undetected for more than two hours after a fire was extinguished at her Brooklyn home -- and why her mother didn't notify them that the toddler was in the apartment until it was too late.

The fire broke out at 6:50 a.m. but Kaleenah Muldrow's lifeless body was not found by investigators until 9:43 a.m. Tuesday morning inside the apartment at 755 Monroe Street.

There were initially no reported injuries but at about 9:30 a.m., a 20-year-old woman who lives at the building said she could not find her child and that the child was inside the apartment during the fire, according to NYPD. That woman was later identified as Leila Aquino, the mother of young Muldrow.

Firefighters returned to conduct a secondary search and that’s when a 2-year-old girl was found lifeless underneath a bed, police said.

The mother reportedly told police she left her baby in the care of a babysitter, but did not know the sitter's name. Police are now questioning the mother.

Meanwhile, the rest of Kaleenah Muldrow's family is mourning her death, and trying to figure out how this happened.

"It's like a nightmare," said Kason Muldrow, the toddler's father.

"As far as I know, she loves her daughter," he said about the mother, with whom he does not live. "I don't know what happened."

Kaleenah's great-grandmother, Jean Archibald, was visibly shaken by the news of the girl's death.

Aquino was at the 81st precinct late into the night still being questioned.

FDNY said it is investigating why  firefighters did not locate the toddler during their two initial searches of the building.

Fire marshals have also been brought in to determine the cause of the fire.