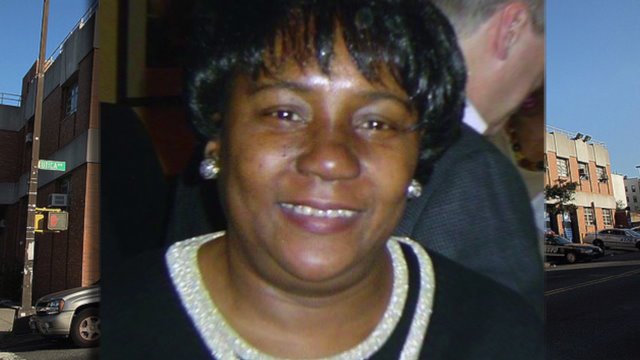 NEW YORK — Brooklyn District Attorney Ken Thompson announced that he will move to vacate a second-degree manslaughter conviction from a 1998 jury trial, PIX11 has exclusively learned.

District Attorney Thompson said, “In the interest of justice, I will ask the Court today to vacate the manslaughter conviction of Vanessa Gathers. After a thorough and fair review of the case by my Conviction Review Unit and the Independent Review Panel, I have concluded that this conviction should not stand.”

The District Attorney described the facts of the case as follows: On November 18, 1991, Michael Shaw, 71, called 911 and reported that he had been assaulted and robbed inside of his apartment located at 170 New York Avenue in Crown Heights.

He was taken to a hospital by ambulance where he underwent two operations to stop the bleeding in his brain. He lapsed into a post-surgical coma and died on April 21, 1992. The cause of death was determined to be blunt force trauma to the head.

Detective Scarcella and his partner approached Vanessa Gathers on the street on May 18, 1992, because she fit the description of one of the assailants. She made a statement implicating two other women in the robbery and assault and maintained that she was not involved. She was released without being charged.

Five years later, in 1997, following further investigation, Gathers was questioned again by Detective Scarcella and implicated herself. Her confession was the sole evidence against her at trial.

She was convicted in 1998 and imprisoned, then released to parole on March 2, 2007, after spending 10 years in prison and completed her parole in 2012.

After examining all of the facts and circumstances of the case against Gathers it was determined by the CRU that there is substantial evidence that she made a false confession based, in part, on the defendant’s inability to articulate her role in the crime; perceived inaccuracies in the statement itself; and the lack of details in the statement.

The CRU found that the complete lack of a coherent narrative in the defendant’s confession combined with apparent factual errors, amount to reasonable doubt in the validity of the confession itself.

The District Attorney said that his Conviction Review Unit examined the case because it was one of approximately 72 cases in which retired Detective Louis Scarcella was involved.

Gathers, 58, is the first woman to have her conviction vacated by the CRU.

To date, the work of the Conviction Review Unit, which is led by Assistant District Attorney Mark Hale, has resulted in 18 convictions being vacated. In addition, the CRU has found that of the cases reviewed thus far, 38 convictions are just and will not be recommended to be vacated.  Approximately 100 cases are pending review.

Gathers will be officially exonerated on Tuesday, Feb 23rd.