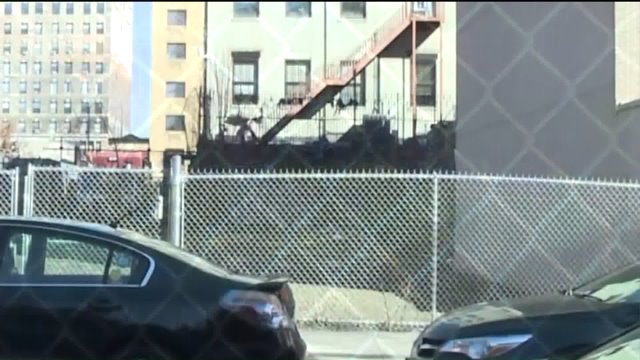 HARLEM –– "Many of these properties have been vacant for 20, 30, even 50 years,” a pretty incredible stat from Comptroller Scott Stringer, when the construction taking place throughout the city is taken into consideration.

Especially, combined with the fact that land is at a premium virtually everywhere in the area — even when it is situated high in the sky.

Deborah Dickerson from "Picture The Homeless" in Harlem knows this all too well.

"We are in a housing epidemic,” Dickerson said.

For years she has seen the potential behind various empty lots.

"The lots should not just be a place where you throw your garbage and anything that is there," Dickerson said.  "If that land is used in good purpose especially for housing, why can't we do that?"

The end result from both reports?  A solution that may alleviate some of the stress of affordable housing and the homeless crisis on the city as well as the taxpayers who pick up the tab.

"We taxpayers control these properties and it's about time we start putting them to good use," Stringer said.

This said lets first examine the lots, 1100 in all.  There are a number of them that have been maintained on the city's dime for decades.

When asked why this hasn't this been brought up sooner?

"Because I think the city has pushed plans for vacant lots into the future years," Comptroller Stringer told PIX 11 News. "It's sort of came part of a strategy of just never doing the painful work of trying to figure out how to build permanent affordable housing."

As for the Land Bank that is already being exercised in other parts of the state, Stringer explained it at a news conference in front of an empty lot along 123rd Street in Harlem."

The goal is to lease the properties to non-for-profits organizations.  In total, Stringer estimates 57,000 units can be created without any cost being passed onto the taxpayer.

For commercial real estate broker Stephen Sunderland, the math on what Stringer's proposals is "very simple."

Sunderland is the managing director of Optimal Spaces.  He told PIX 11 News in Midtown that for years the city's Housing Preservation and Development was notorious for sitting on lots.

In his opinion Stringer's audit and recommendations are right on the mark.

"He is 100% correct," Stringer said. "There is no justification why when we are having an acute housing shortage why they don't use every piece of land to house New York City residents."

Stringer said that for his suggestions to come to fruition, they need to be embraced the city council through legislation and that at some point assistance will be required from the state.