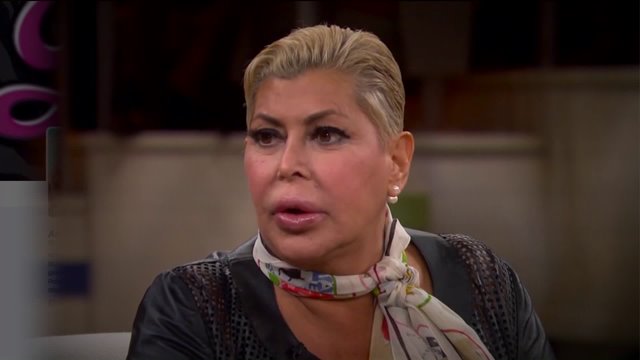 "It is with sad regret that we inform you that at 3:01 a.m. Angela Raiola peacefully ended her battle with cancer, and was called home," Vinnie Medugno posted on Raiola's Twitter on behalf of her family.

"She was surrounded by nothing but love from her immediate family, and closest friends," the note said.

This is @vinniemedugno on behalf of the family of Angela Raiola, please see below: pic.twitter.com/wiuPApr9Lw

False reports said Raiola had passed away on Wednesday night. A tweet posted to her official Twitter account at 10 p.m. dispelled rumors that the 55-year-old died.

Big Ang appeared on “The Dr. Oz Show” Tuesday talking about her hopes and depression as she battles cancer.

“It’s destroying me,” Raiola admitted, “Instead of it getting better it’s getting worse.”

"Mob Wives" follows a group of Staten Island women and their families. The cast members, who usually live tweet during episodes of the show, were silent Wednesday night.