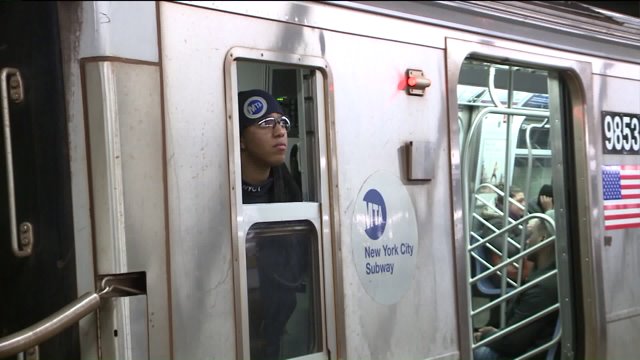 KEW GARDENS, Queens — Investigators now look into a variety of possible reasons why a man's clothing got caught in a closing subway train door and dragged him down the platform to his death.

It happened at the Union Turnpike- Kew Gardens station on the F train Monday evening.  Police say Edward Leonard, 51, suffered blunt force trauma from the incident, which happened during Monday evening's rush, around 6:45.

"It sounds like a freak accident," said subway rider Sam Rudy, from the same platform where the fatal tragedy took place, the Brooklyn bound F train.

Whether or not it was a freak accident is what investigators from the NYPD and MTA look into now.

Specially, one important aspect of their probe looks into the proper use of platform monitoring cameras.  The entire F train platform is monitored by cameras that are connected to television screens positioned overhead above the platform at the conductor's position.  The conductor is supposed to look at the TV screens to make sure all the doors are clear, before closing them.

It's also possible, as rider Sam Rudy pointed out, that Leonard fell prey to a common subway practice.   "People get on and then just stand there like they're the last passenger," said Rudy, while he waited for a train on the platform.

As has happened to Rudy in the past, other passengers may have made it challenging for Leonard to get on board efficiently.

Edward Leonard's official address, according to the NYPD and other investigators, is on 62nd Drive.  Nobody with his name was listed in the coop building at that address.  PIX11 News also went by a JFK Airport area homeless facility for men at which Leonard had been a reported resident.  Management at the Skyway Shelter declined comment.

Sources close to the investigation have told PIX11 News that alcohol abuse by Leonard is being looked into as part of the case.  The train operator and conductor also had to take sobriety tests.