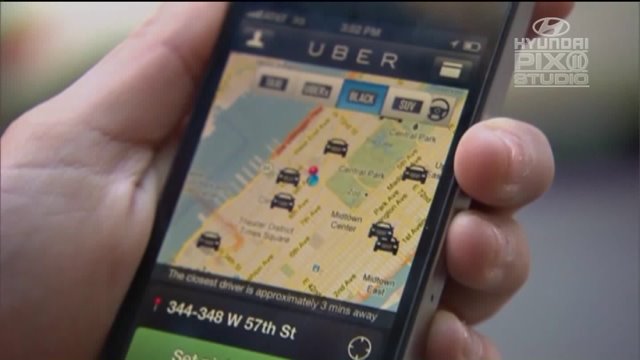 BROOKLYN, N.Y. — More than 300,000 people ride the L train each day. So with the MTA keeping quite about a shutdown that reportedly could take years to fix, experts say the commuter chaos could be a huge opportunity for companies like Uber and Lyft to make some noise.

"They've essentially been waiting to show cities aren't as efficient as they can be and this is a great opportunity for them." said Hiten Samtani, Managing Editor for The Real Deal website.  "There's a massive shutdown,  there's 300,000 riders affected.  They're hoping to swoop in and get quite a big chunk of that."

Samtani says with Uber and Lyft valued at more than $60-billion and $5-billion respectively, both have the opportunity to offer riders a viable option to get to work while massively increasing their customer base.

"At this point it's not about money, it's about getting people into cars."

Uber has already jumped on subway shutdown opportunities. During an L train outage that took place over five weekends last year, the company offered $5 rides around regular L train stops for customers willing to use UberPool.  That price eventually dropped to $2.75 or the same as a single ride on the subway.

"We are happy to work with the MTA to ensure that Brooklyn residents have an affordable, reliable way to commute to Manhattan during a potential L train shutdown," said Josh Mohrer, General Manager of Uber NY.  "And after a recent reduction in fares, UberPOOL and UberX are an even more affordable option."

Regular riders near the Bedford Street Stop seemed split on the idea.

"I think that it will cause so much traffic on the Williamsburg Bridge, it'll be absolutely ridiculous and it's a pretty bad idea," said Jake Chai.

"I think that would be a great idea.  I mean it's going to be really hard to commute to work for myself," said Andrew Jarell.  "I have to get there Monday through Friday.  If there's anything they can do to make it easier and cheaper that would be great, but I don't think that's a long term solution.  They're going to need something else."

Which is why Samtani says ride-sharing services won't be the only transportation alternatives to gain momentum from an L-train standstill.

"I think it's going to be a plus for citibike and other alternative transportation initiatives.  The street car that Mayor de Blasio brought up a couple of weeks ago, this might give more momentum to that argument as well."

At this point the MTA hasn't confirmed reports of a shutdown.  All they will say is they're considering all options.