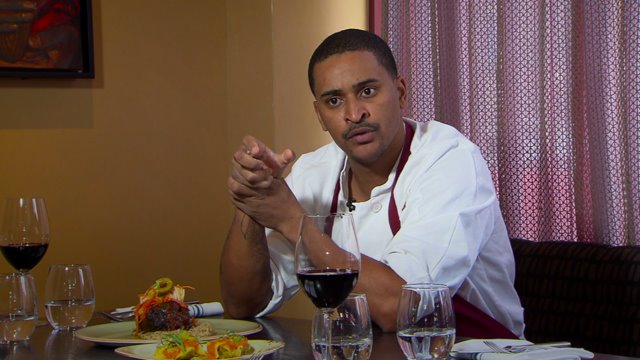 "We’ll serve about a thousand dumplings this week, it's on our new menu it comes with peanut peri peri sauce," Chef JJ Johnson said.

Chef Joseph “JJ” Johnson brings a new culinary conversation to the heart of Harlem showcasing African-Asian cooking at the Cecil.

"We are focused on the African landscape where slaves went while they were pulled to these places," he explained. "The same way music was food was also influencing these ports."

He spent a lot of time traveling around the world studying West African cuisine after graduating from culinary school.

"I traveled to Ghana,  cooked, learned from their  cooks," he said.

This up and coming chef got hooked on cooking after watching his Puerto Rican grandma in the kitchen, which was one of this first stops before heading back to Harlem.

"I couldn’t get an internship in Puerto Rico where my grandmother was, so I worked at Tribeca Grill out of culinary school."

But coming back and cooking in Harlem has special meaning.

"I lived with two of my aunts here, one at 120th and Nicholas and my other aunt lived on 5th," Çhef Johnson remembered. "Being a black man cooking Afro-Asian cuisine is a dream come true, being a black man and cooking the food you grew up with is amazing."

And it's a personal triumph.

"There are not many black chefs that are able to do that, they are cooking French or Italian food," he explained. "I think I am able to set this culinary platform or conversation to elevate black chefs in the culinary world. It doesn’t matter where you cook in the world, if you say you cook in Harlem , they’re like I know Harlem I've seen it in the movie, or read about so there is a lot of history here. "