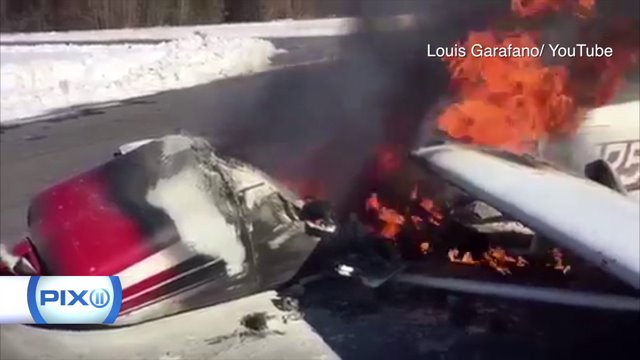 SHIRLEY, New York – A small plane with two people aboard crashed at Brookhaven Airport Friday, bursting into flames after the occupants managed to escape.

The plane ignited after the pilot crashed while landing on the northern end of the runway around 10:12 a.m., according to officials.

The pilot and the passenger of the Cessna 152, two men who haven't been identified, ran from the plane and weren't hurt.

Federal Aviation Administration and the National Transportation Safety Board officials are investigating.