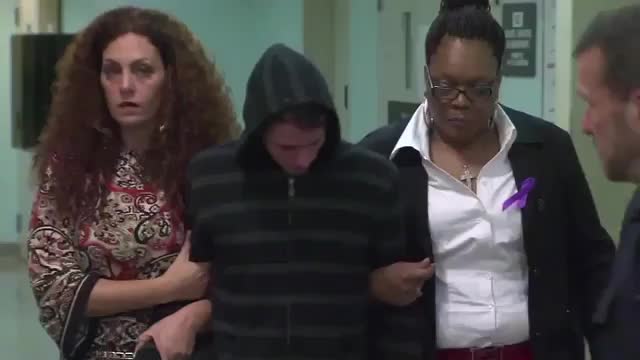 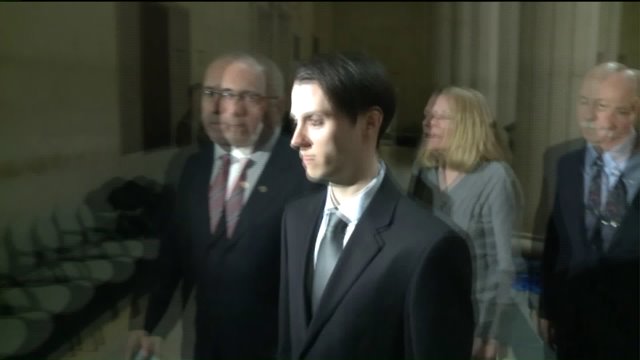 MINEOLA — The man whose DWI crash caused a series of accidents resulting in the death of a police officer dodged the top charge Tuesday, but was found guilty of 10 others.

Jurors found James Ryan, 28, of Oakdale, not guilty of aggravated vehicular homicide, which could have landed him in prison for up to 25 years.

“I am grateful the jury found that this drunk and reckless driver is criminally responsible for all of the consequences of his behavior, including the tragic death of Police Officer Joseph Olivieri,” Singas said. “I hope this conviction and the justice it represents gives the Olivieri family some comfort.”

Prosecutors accused Ryan, whose blood-alcohol content was between .13 and .14 percent, of turning the Long Island Expressway "into his own drunken speedway," on Oct. 18, 2012, before crashing, Newsday reported.

Ryan's actions triggered several events that ended in the death of a Nassau County cop, who was struck by another driver.

After leaving a Manhattan club that night, Ryan slammed his Toyota Camry into 2008 BMW just before 5 a.m.  The impact caused the steering wheel of the BMW to break, disabling the car.  Ryan fled the scene with jagged pieces of his ruined front end scarring the expressway.

Ryan slammed on his brakes just before reaching Exit 35, causing an off-duty NYPD officer behind him to slam into the back of his car.  The crash left the officer with a fractured sternum, multiple fractured ribs and heart palpitations.

After the crash, Camry swung into the HOV lane where it came to a rest.  The first responding officer, James Olivieri, was securing the scene when a black SUV approached and slowed down to between 37 and 40 mph, but the driver didn't see Ryan's vehicle until it was too late.  The SUV, driven by Bay Shore resident Francis Belizaire, 50, swerved but still clipped the car and hit officer Olivieri, killing him.

Belizaire was not charged and was given immunity after agreeing to testify.

Ryan's indictment on aggravated vehicular homicide was ruled legally insufficient by Judge Jerald Carter, but went to trial after the district attorney's office appealed in an appellate court.

“This prosecution represents the first time a DWI driver is being charged for an officer’s death under these circumstances and I believe it is essential that we take on this unique fight for Police Officer Joseph Olivieri and his fellow officers who continue to be endangered by the criminal acts of others,” Acting District Attorney Madeline Singas said in 2015.  “Officer Olivieri was killed in the line of duty because James Ryan was committing a crime when he drove drunk, crashed and fled the scene and those criminal acts put Officer Olivieri directly in harm’s way”.

Ryan is due back in court for sentencing March 9.

Keith Lopez contributed to this report.