Is New York the center of the 2016 presidential election? The latest voting results say yes 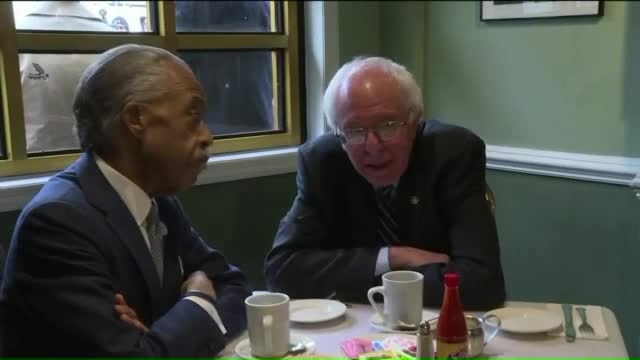 NEW YORK -- For six decades, no New Yorker, or person with New York roots, has been a nominee for U.S. president for either major party. The results of the New Hampshire primary on Tuesday may be a strong indication of that changing this election year.

New York also seems to be at the heart of the election's hot button issues. That, combined with a lengthening list of New York personalities in the race has the Big Apple being a focal point in the 2016 presidential race.

The two winning candidates in New Hampshire provide the first of many New York connections in the contest.

"You have Trump, who is a dIehard New Yorker," said Baruch College political science professor Thomas Halper, "and Sanders, with a heavier Brooklyn accent than I do, and they both seem to be going pretty well."

Both Sanders and Trump did victory laps from New Hampshire in New York City on Wednesday. Both did the rounds of national TV morning shows here in the country's media center, and Sanders, a senator who represents Vermont, which is 95 percent white, went to Harlem to try and gain support from the Rev. Al Sharpton.

"Some people see his approval as a blessing and a curse," Halper said. Nonetheless, he added, "we're throwing in the quintessential New York civil rights leader."

Meanwhile, the big loser of the Democratic primary was former New York senator and secretary of state Hillary Clinton. Her standing, however, outside of Sylvia's Restaurant, where Sharpton and Sanders met, seems unshaken.

"I don't know much about politics," said Harlem resident Eddie Francis. "All I know is this is Hillary's."

However, most people who spoke with PIX11 News said they were curious about Sanders's message of reducing the influence of the top one percent of wage earners.

"My opinion could change," said Harlem resident Sarah Napier, "to see who would be the best candidate."

Voter Dizione Martinez echoed that point of view. "The wealthy are not paying [taxes]," she said, "and the poor are suffering." When asked if she could support Sanders, she replied, "Maybe. We'll see."

That issue of income inequality is one that really strikes at the heart of New York, and both leading candidates represent it.

"It's a beautiful irony," said Halper, "that one demonizes the one-percenters, and one is personifying them, and they're both doing very well.

To some self-described moderate voters, Trump and Sanders are doing too well. So enter another player, who is, like everyone else in this article, a New Yorker.

Mike Bloomberg has billed himself as a moderate alternative to the left and right, but he's not officially in the running. That's no matter for some voters, like Nancy Goldstein.

However, considering that his corporate headquarters rises 54 floors above Manhattan, and that his adjacent townhouses on the Upper East Side are among a dozen homes he owns worldwide, Michael Bloomberg, one of the world's wealthiest people, is emblematic of one of the main issues of the election.

New York is the city with the most billionaires in the world, including Bloomberg and Trump, and with the top one percent of U.S. earners having more than 20 percent of the income, that scenario is resonating nationwide, with New York being front and center.