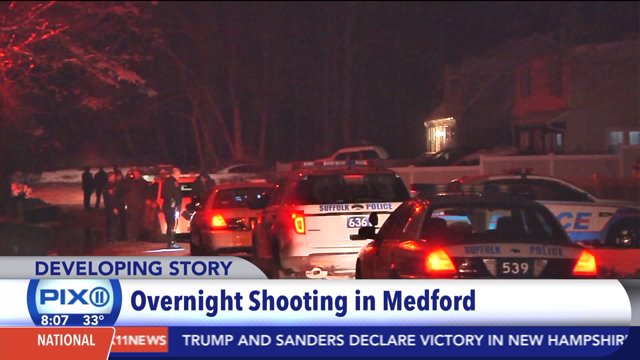 MEDFORD, N.Y. — It was a chaotic night on Long Island where a traffic stop sparked a police chase and shooting, authorities said.

Details were scarce early Wednesday but preliminary investigations suggest it started at a gas station on Jamaica Avenue and Route 112 in Medford.

That's where police pulled over a driver. The officer asked the driver for their license and had that license in hand when the driver took off, possibly hitting the officer as they sped away.

A pursuit ensued and officers finally caught up to the driver about 6 miles away in a residential section of Middle Island.

At some point, shots were fired though it's unclear who fired first, officials said. At least one person was hit, possibly in the hand.

Route 112 was closed in both directions between Park and Peconic avenues while the investigation continued.