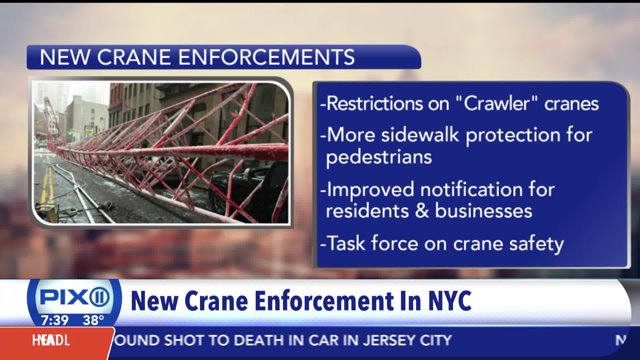 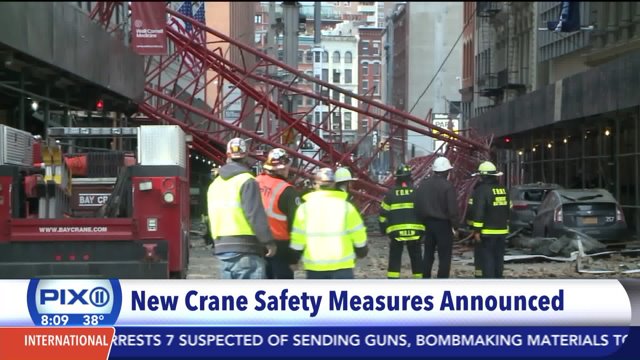 NEW YORK — There will be new restrictions on crawler cranes in the wake of a construction accident that killed a man walking in Manhattan, authorities said.

Mayor Bill de Blasio said those new rules, part of a four-point plan, will include doubled fines for not following proper safeguards during wind conditions. They go into effect Monday.

There will be increased enforcement of pedestrian safety alongside crane sites, and neighboring buildings will get more notifications about crane activities, the mayor said.

He made the announcement Sunday, the same day David Wichs was buried and the crumpled crane that fell on him was cut into pieces and hauled off from the scene.

The crane crashed the morning of Feb. 5 as it was being lowered during strong winds. Wichs, a Wall Street worker who was remembered by his sister-in-law as "the most brilliant person ever," was killed as he walked on the street below the crane.