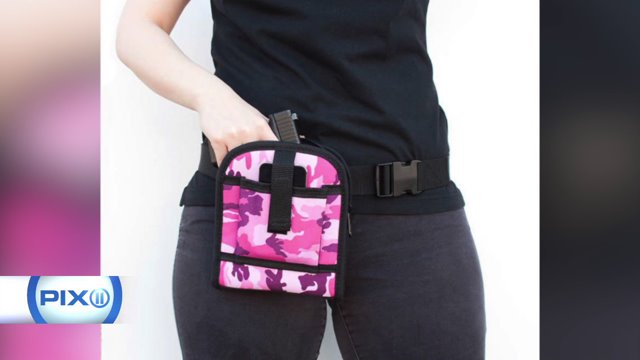 Gals, are you looking for a new stylish handbag?

The hottest trends right now isn't fringe or studs or prints, it's guns. Specifically, it's purses designed to conceal guns.

According to Google, about 74,000 people search for the term "concealed carry purse" every month.

The search engine says it's the same number of people who look for the $10,000 dollar Hermès Birkin.

Searches for "concealed carry purse" on Google return results ranging from mainstream designers like Coach and Michael Kors to specialty websites like The Well Armed Woman, Gun Goddess and Gun Tote'n Mamas, with styles ranging from totes to cross bodies even fanny packs.

The National Sporting Goods Association report found that women who bought a gun in the last year spent on average $870 on firearms and more than $400 on accessories.

It's a relatively new trend, but it has seen a dramatic increase in the last couple months at the same time that gun sales across the nation reached record highs following the mass shooting in San Bernardino, California and President Barack Obama's calls for more restrictions on gun sales.