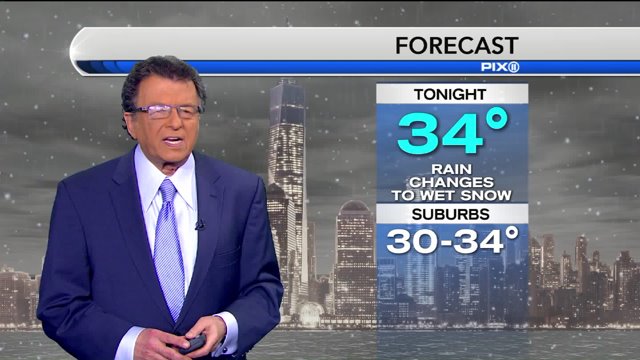 NEW YORK – A winter weather advisory will go into effect early Friday morning as commuters in New York and New Jersey may face a dangerous commute to work thanks to a coastal low bringing snow into the tri-state area.

The advisory will be in effect between 1 a.m. and 10 a.m. Friday as the National Weather Service is calling for 2 to 4 inches of snowfall for the metro area. The advisory covers northeastern New Jersey, the Lower Hudson Valley and New York City.

Visibility could be reduced to a quarter mile and winds could gust up to 30 mph.  Rain will mix with snow early Friday morning, and become all snow by daybreak.

A snow alert has been issued for the five boroughs ahead of an overnight storm that’s expected to affect the Friday morning commute, the New York City Department of Sanitation said.

The storm is expected to bring light amounts of snow to the area, but its timing could snarl traffic and make traveling more treacherous than usual.

The alert goes into effect at 12 a.m. Friday, the agency said.

A snow alert is not a weather forecast but rather a call to city sanitation crews to prepare for possible precipitation accumulating on the boroughs’ 6,500 miles of streets.