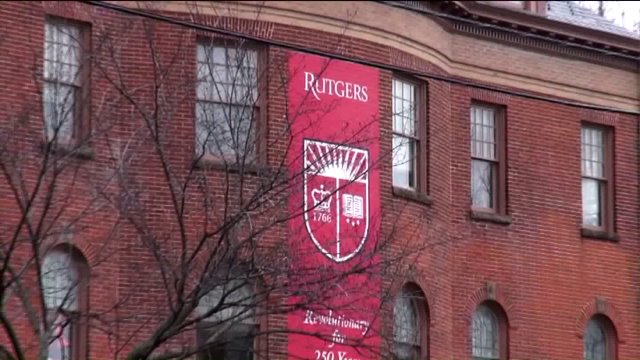 NEW BRUNSWICK, N.J. – Rutgers University has launched a year-long $12,000 program that offers professors grant money if they decide create or use “open” textbooks for their courses.

“They’re written under an open copyright so this allows students to download the textbook for free and share it,” said Rutgers senior Nick Jermer, who helped lead the charge as the student chair of Rutgers’ PIRG chapter, which stands for Public Interest Research Groups.

On Monday of this week, Rutgers President Robert Barchi wrote a letter to the University Senate, which stated in part:

“My administration recognizes the financial impact that rising college textbook costs have on Rutgers students, and is supportive of efforts to increase the number of Rutgers faculty members assigning open textbooks in their courses.”

According to PIRG, the cost of a college textbook has gone up by 73 percent since 2006. They say students are often forced to dip into their financial aid to cover it. PIRG estimates that over $1.5 billion financial aid dollars are spent every semester by students nationwide on textbooks.

“I spend well over $1,500 on text books alone,” said Jermer. “In the accounting program, a lot of professors have used McGraw-Hill or Pearson. And we use their online sites that require subscriptions, and you have to pay, usually over $150, sometimes over $300 for those services.”

The Association of American Publishers says that textbooks with accompanying online materials often yield better results for students and that they do cost less than textbooks of the past. But the executive director of higher education for AAP, David Anderson, says that big publisher textbooks versus open textbooks should not be looked at as an either-or proposition, but rather as both-and.

“A lot of our publishers do work with open source publishers, and they both answer a need,” said Anderson.

The president of the faculty union at Rutgers, David Hughes, also stressed the importance of giving professors the flexibility to choose their own course materials, especially for specialized courses. However, Hughes said that most faculty are concerned about the problem of high tuition and student debt, so whatever could be done to alleviate that burden is all for the greater good.

While data from the National Association of College Stores shows that average annual student spending on course materials is trending down, average textbook prices have steadily been going up.