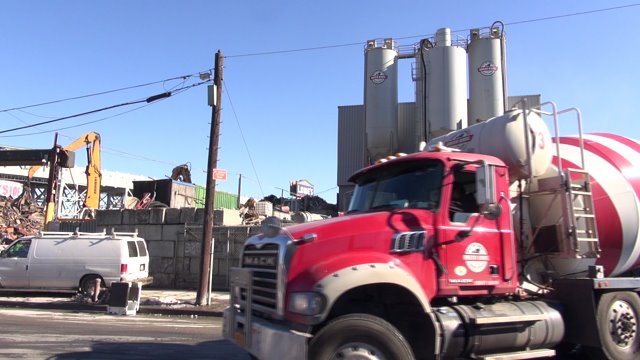 CARROLL GARDENS, Brooklyn — For years people living in Carroll Gardens say they've been dealing with an awful odor. Now some residents have started a survey to find out just how bad the problem might be.

"Everybody's been talking about it and it's just unbearable at this point," said resident Ana Larios.

Larios had no idea about the quality-of-life survey being conducted concerning the area around her home.

But she said she's certainly familiar with the smell that prompted the study.

"It smells like oil and it's usually like twice a week or three times a week," Larios said.

Now a group is trying to find out how many other people are dealing with the smell, as well as noise and debris in the neighborhood, through a form on SurveyMonkey.

They're asking people how often they deal with each of the issues and whether the problems have ever been reported to 311, which has no call records about the problems on their website.  Ned Sedlak, who also lives in the area, said he knows the smell, but has never reported it.

"I guess it hasn't been so strong that I've felt like it's been dangerous, but it's not a pleasant smell," Sedlak said.

Some have pointed the finger at nearby Bayside Fuel. But there was no distinguishable smell when we visited the oil depot Tuesday afternoon.

Smith Street between 9th Street and Hamilton Avenue is an industrial area filled with scrap-metal yards, recycling centers, and cement distributors just to name a few.

"Sometimes I wonder if it's the canal or the oil depot," Sedlak said.

Either way, residents say they're happy to know someone is finally looking into the situation.

"I'd love to know the results," Sedlak said.

Bayside Fuel and the other businesses in the area are subject to regular and surprise inspections.  Right now there are no open violations.  If you'd like to fill out the survey, visit the link attached.