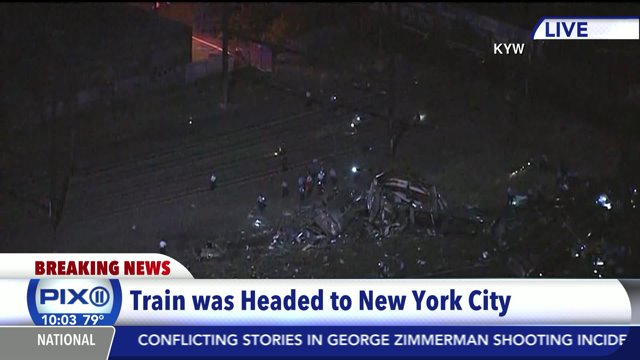 An Amtrak train has crashed in Philadelphia, and several people appear to be injured.

WASHINGTON — A federal accident investigator says the engineer at the controls of an Amtrak train when it fatally derailed in Philadelphia has been “extremely cooperative.”

The National Transportation Safety Board on Monday released evidence gathered in its investigation of the crash that killed eight people and injured 200 others last May.

Among the documents are transcripts of two interviews investigators had with the engineer, Brandon Bostian. The investigator wasn't authorized to speak publicly and spoke on condition of anonymity.

It’s unclear why the train was traveling at about twice the posted speed limit of 50 mph when it entered Frankfort Junction. That’s one of the sharpest curves in Amtrak’s Northeast Corridor between Boston and Washington.

Investigators have said previously that Bostian hit his head in the crash and says he doesn't recall what happened.