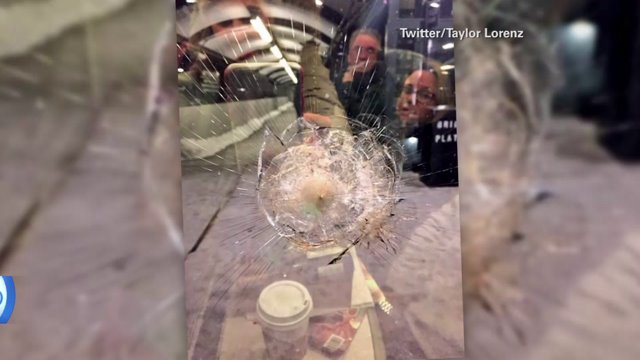 NEW YORK – Amtrak customers on the high-speed Acela train from Philadelphia to New York Sunday night say they were startled by a loud noise as an unknown projectile slammed into one of the windows, shattering it.

A photo posted on Twitter shows long cracks in the glass spidering out from the sizable point of impact.

Amtrak riders were startled when an unknown projectile slammed into the window of an Acela Express train from Philadelphia to New York. (Twitter/Taylor Lorenz)

Amtrak says they are investigating. Here's the full statement:

Amtrak is investigating an incident in which objects appear to have struck Acela Express Train 2222.   The incident was reported at 6:55 p.m. on January 31.  At the time of the incident, 201 passengers were on the train. There were no injuries reported to any passengers or crew. Amtrak and local authorities are investigating. The train originated in Washington, D.C. and arrived at its final destination in New York City shortly after 8 p.m.