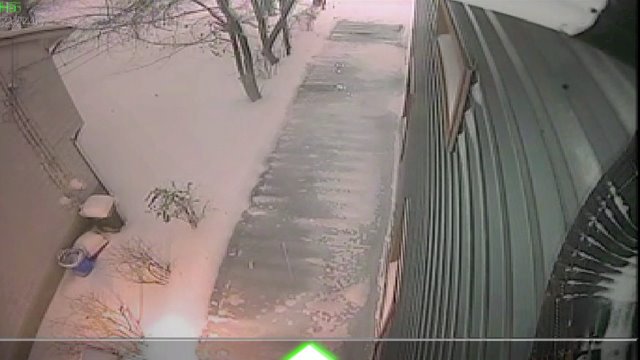 PARAMUS, N.J. -- This past weekend’s historic blizzard pummeled areas like Northern New Jersey with over two feet of snow but if you stumbled upon the Parikh residence on Henry Street in Paramus, you would’ve been none the wiser.

Asit Parikh, a Manhattan-based real estate agent and his father Raj, an engineer, are the brains behind a one-of-a-kind self-sufficient home that among other things, features a heated driveway and walkway that melted snow from the weekend’s storm an inch and a half every hour.

“I honestly did throw the shovels out and even sold my snow machine because I was pretty sure I didn’t need it,” a confident Raj Parikh told PIX11 News.

The home they call “Zenesis House,” which took three years to build, captures rainwater all year round and then uses a solar thermal system to heat that water which eventually makes its way to a network of heating pipes underneath the concrete.

The system, which maintains the home’s temperature on the coldest and hottest of days, is developed to not let anything go to waste.

Even the melted snow collected from the driveway and walkway gets recycled back into the home and later used for washing clothes and watering plants.

“The key with Zenesis House is we wanted to not buy a boiler, not buy an air conditioning system, not buy a hot water heater and do everything with the earth and sun,” Asit Parikh said.

This one-of-a-kind technology, for now, only exists in Paramus. The Parikh family say they’re in the process of patenting their eco-friendly house that has incredible economic benefits.

The home, which is still a work-in-progress, did cost a pretty penny to build – an estimated $250 per square foot.

But according to Asit Parikh, it’s an investment that will pay dividends in the long run especially in a city like New York.

“As apartment complexes get developed, they can be built both more luxuriously, with more light, with more comfortable interiors,” Asit said. “[With] fresher air, and with more sustainable and luxurious features like a snow melt system and green roofs.”