Slashing victim, 71, says she forgives attacker and urges him to turn himself in 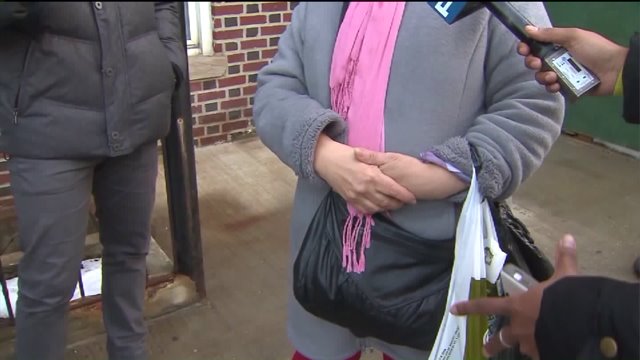 NEW YORK – Police are looking for another slashing suspect who attacked a 71-year-old woman in Manhattan on Monday.

Police say the victim was sitting on the southbound D train approaching the Broadway-Lafayette Street station when an unknown man got out of his seat and slashed her face.

"I was sitting down and he pretended he fell and slashed my face," said the woman who identified herself only as Carmen.

She has a four-inch gash on her left check.

A day after the attack Carmen went back to work as a seamstress in the Garment District.  She's not concerned about running into the same guy twice, saying, "He's not there today, he's not stupid."

Carmen also said that she forgives the razor-wielding young man, and urges him to turn himself in.

Police release surveillance video of the suspect and they need your help call Crimestoppers at (800) 577-TIPS if you have information on his whereabouts.