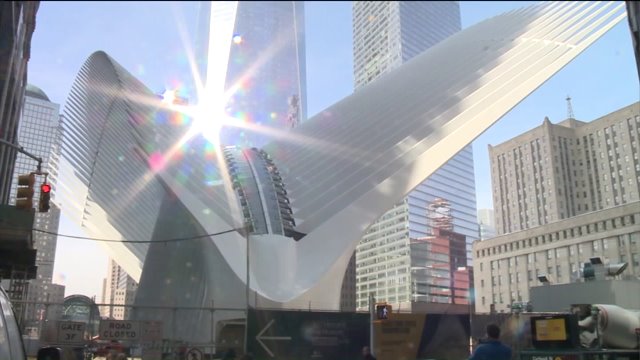 It has been rising in lower Manhattan for years and it has been talked about for an even longer amount of time.

The WTC Transportation Hub connects to 11 MTA subway lines and the PATH Train. Areas around the structure have been opened.

The most striking aspect of the project is the "Oculus," which is made of steel beams rising from the building. It was designed by architect Santiago Calatrava.

Port Authority officials offered PIX11 News a tour of the new WTC Transportation Hub. They hope to open the concourse area by the first week of March.

Shops, offices and restaurants were supposed to have been open by now. But the project's timeline has been extended a number of times.

Steve Plate, the director of World Trade Center Construction for the Port Authority of NY and NJ, defend the project's delays and nearly $4 billion price tag. He says they're building more than a train station.

"It's more of a destination, like Grand Central," he said. The project is also designed to fit into the National September 11th Memorial.