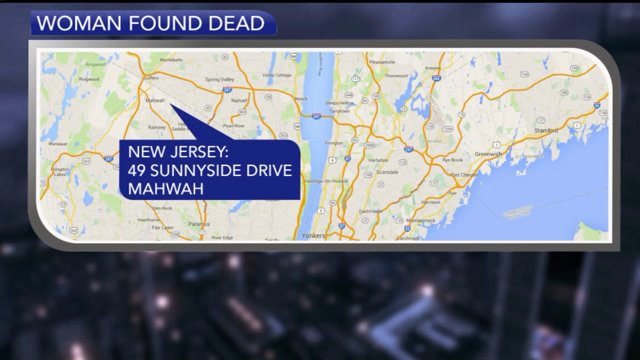 MAHWAH, New Jersey – The blizzard's death toll grew Monday when a Mahwah woman's lifeless body was pulled from the snow in a residential area.

A neighbor called 911 after finding the woman under a snow drift outside 49 Sunnyside Drive, according to police officials, who haven't identified her pending family notification.

The death comes after a 23-year-old Passaic mom and her baby boy died after taking shelter from the blizzard inside a running car.  With snow blocking the tailpipe, carbon monoxide filled the vehicle.  Her 3-year-old daughter is in grave condition at St. Mary's Hospital.

Another woman, 78, died in her car outside of a Hackensack Burger King.  Her car's tail pipe was clear at the time, and the death is still being investigated.

Police believe the Mahwah victim was outside for some time; an investigation is ongoing.