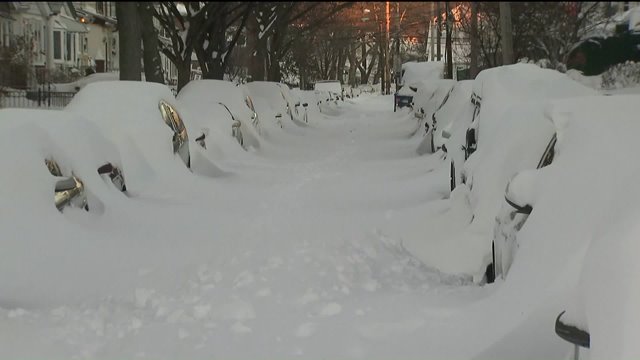 NEW YORK — Mayor Bill de Blasio  acknowledged at a news conference Sunday morning that more needs to be done — and fast — to dig out the borough of Queens, where large swaths of road are still buried in snow from the historic blizzard.

De Blasio, who visited Queens Sunday morning, said the goal is to have streets cleared by Monday morning in time for the commute and the rolling of buses in a borough where they are so important. Schools will be open.

"Queens is a very big borough," and each storm is different, the mayor said, but what is being done differently this time is a new "agile strategy"  to respond to problems in Queens, where 850 plows are now at work.

De Blasio said resources are being funneled from Manhattan, the Bronx and Brooklyn into Queens, where residents have been complaining about lagging cleanup efforts. Queens has historically posed a challenge to the Sanitation Department and City Hall after major snowstorms, and famously hurt Mayor John V. Lindsay's reputation in 1969 and Mayor Michael Bloomberg's in 2010.

De Blasio also announced that alternate side of the street regulations will be canceled through Friday to help the sanitation department dig out from the storm. "Leave your car in place," the mayor insisted.

To help the process, all city residents have been urged not to dump snow onto the streets and to dig out hydrants.