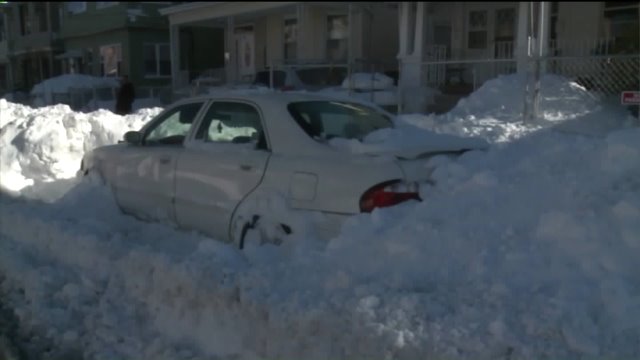 PASSAIC, N.J. — As her husband worked to dig their car out of a mound of snow at the height of the blizzard, a Passaic mom and their two young children took shelter inside the vehicle, where they were overcome by the silent killer, carbon monoxide, because the tailpipe was covered in snow.

The mother, 23-year-old Sashalynn Rosa, and her two children were taken to St. Mary's Hospital, where the mom and her 1-year-old son, Messiah, were pronounced dead at St. Mary's Hospital. Her 3-year-old daughter, Saniyah, remains hospitalized in grave condition at St. Joseph's Regional Medical Center.

The tragic incident, which Passaic Mayor Alex Blanco called a "scar on the city," happened about 8:15 p.m. Saturday as New Jersey was pounded by one of the strongest snowstorms ever to hit the Garden State. EMS crews worked on the scene for an hour to revive the mom and her two children. The mayor told PIX11 News that the mom and son had pulses when the ambulance rushed them from the scene, but later died.

They were the first deaths in New Jersey that were linked to the Blizzard of 2016.

Sunday, a makeshift memorial had formed where the 2000 Mazda was still parked, on Sherman Avenue.  Online, a GoFundMe site was created to help defray the family's burial costs. Click here to help.