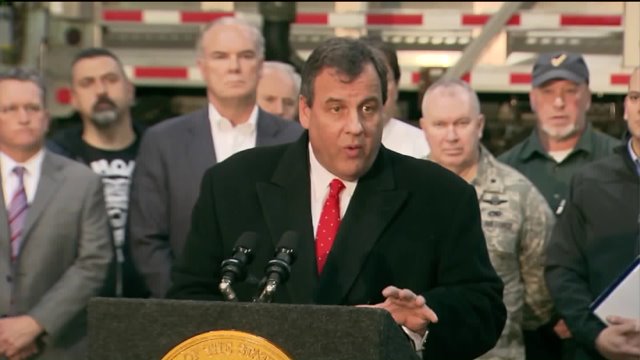 NEW JERSEY — New Jersey Transit is shut down entirely -- bus, rail and light rail -- Saturday as heavy snow continued to blanket the region, with no word on when the suspension would end.

The temporary shutdown began at 2 a.m., spurred by a powerful winter storm that is packing a stronger punch than first predicted.

STAY SAFE AND INFORMED: GET THE PIX11 NEWS APP FOR BLIZZARD WEATHER ALERTS AND MORE

Snow was quickly piling up across the Garden State, with 8 inches in East Brunswick and nearly that much in Waretown as of 8:30 a.m. It's expected to continue to snowing heavily for several more hours.

Crews will have Sunday -- which is forecast to be in the mid-30s -- to clear tracks and get service up and running, but it's still too soon to tell whether that will be enough time.

"We can't make any guarantees yet" because the storm is not finished, Gov. Chris Christie said in a midday news conference, but "I'm hoping" New Jersey Transit will be running in time for the Monday commute.

Though there is no estimated time of restoration, once service is back on, NJ Transit will be cross-honoring systemwide until Sunday and possibly later depending on the conditions, transit officials said.

No commuter trains are running during what is forecast to be the brunt of the storm but NJT patrol trials are operating to keep the tracks, switches and overhead wires clear of snow and ice, the agency said.

Access Link is suspended Saturday, as well, and is expected to start at a delayed time of noon Sunday, NJ Transit said.