NYC transit: How blizzard 2016 is affecting subway and bus service 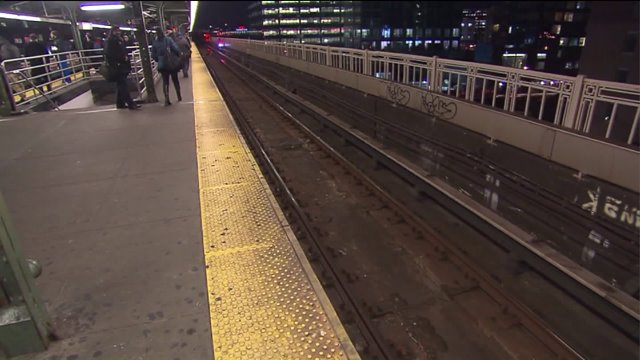 NEW YORK — Though there are delays in the subway Saturday morning, Gov. Andrew Cuomo and the MTA assured service -- though slightly reduced -- will continue to run throughout the blizzard.

Cuomo and MTA staff will be watching the accumulation and wind. If there's risk of severe trouble or damage to the system, service could be reduced further.

Transit crews are working to keep trains running in New York City with reduce service. The 1 ,2, 3 and 4, 5, 6 lines experienced delays early in the storm. The shuttle to Times Square has been suspended.

All planned weekend service changes due to track work has been cancelled. The MTA has created a travel guide on how service may run based on the amount of snow that will accumulate throughout the day.

The MTA advised anyone planning to travel to take extra precaution.

For the latest service status, visit the MTA website.

Thousands of flights are canceled and delayed, with both LaGuardia and JFK airports essentially shut down Saturday, a Port Authority official said.

The roads in New York City have been pre-treated to add traction and melt snow. Public transit crews are on the job working to keep the system going.

Trains that blow snow from the tracks are on stand-by and special shoes have been attached to dozens of trains that clear snow and ice from track areas.

The MTA is running local trains, as the express tracks are used to store trains that normally would be parked in the yard. This allows the for a smoother restart of the system when the storm has passed.