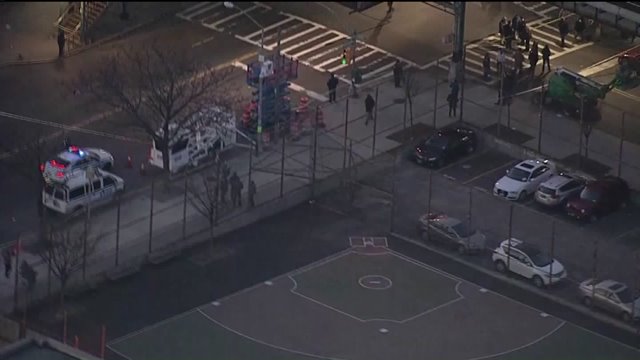 EAST NEW YORK, Brooklyn – A 16-year-old is under arrest for shooting two teens, killing one of them near a high school in Brooklyn, police said late Thursday.

The shooting happened at approximately 2:45 p.m. Wednesday in the vicinity of Livonia and Pennsylvania avenues, a short distance away from Thomas Jefferson Educational campus, cops said.

Following an investigation, cops found East New York resident Malik Streat a suspect in connection to the double shooting and arrested him.

Streat faces multiple charges including two counts of murder, criminal use of a firearm and criminal possession of a weapon, according to the NYPD.