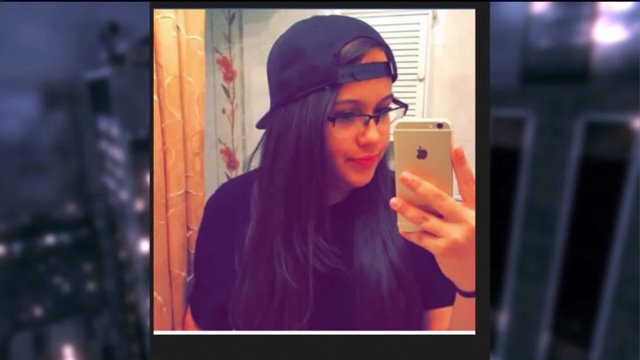 HELL'S KITCHEN, Manhattan -- A teenage girl plunged to her death while jumping across rooftops with her friends Friday afternoon, police say.

"She was good hearted and friendly," her distraught  mother Agatha Mangano, wracked with grief, told PIX11 through tears.

Natalya Jimenez, 15, was jumping across rooftops with two of her friends atop three buildings in Hell's Kitchen, according to sources.

That's when they were confronted by a concerned resident who told them to leave the roof.

As they turned around to go back, Jimenez slipped and plunged to her death into the alleyway, sources say.

Police say Jimenez, a Chelsea resident, was taken to St. Luke's Hospital where she died.

"My granddaughter was the best girl you got in New York," Grandfather Rosalino Mangano told PIX11.

The Mangano Jimenez clan gathered in grief in front of the Chelsea apartment building where Natalya lived with her mother, stepfather, brother and sister.

Her grandfather, Rosalino Mangano, owns a number of Famous Original Ray's Pizzas, including one in Chelsea where Natalya and her family lived above the store.