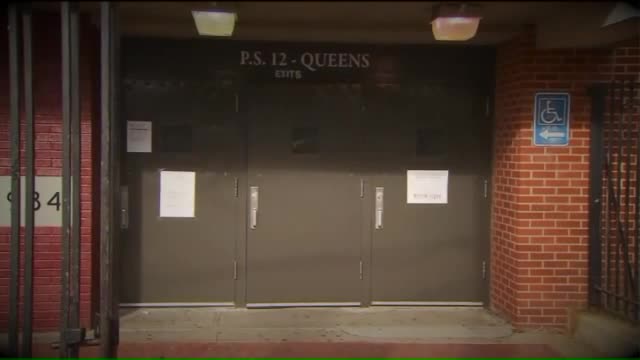 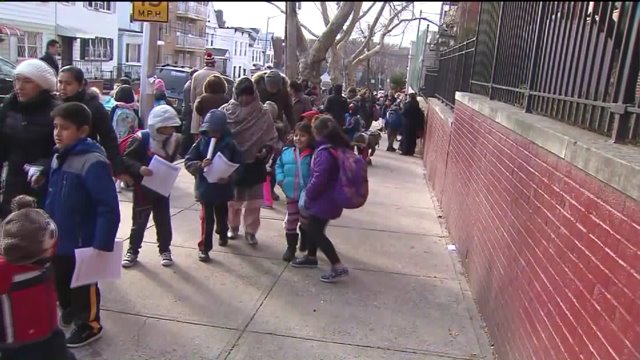 NEW YORK — The stomach bug known as norovirus has sickened scores of children at a Queens elementary school.

A local elementary school that usually has more than 1,200 students in class had fewer than 1,000 on Thursday, a day after a virus sent at least 60 kids home, and then spread.

"[In] my class, they have five students absent " said fourth grader Karen Leon about the scene inside P.S. 12 Queens, "It's like there's no one there, it's like an empty, empty room."

Official numbers showed that classes were, on average, missing about 20 percent of their students, thanks to a Norovirus outbreak.

After the 60 students went home sick on Wednesday, a total of 230 students stayed home on Thursday. Then, once classes began, another 28, at least, went home with the virus's symptoms.

"Vomiting, and the stomach," said Leon, the fourth grader. "Most of the kids are having diarrhea."

"I don't feel good," said one boy as he left school with his father, who'd come to pick him up. "I asked to go home."

Inspectors from the city's Department of Health and Mental Hygiene were on hand at the school, inspecting facilities and trying to find ways to ensure the illness doesn't get passed on further.

"They tell us that the virus is spreading a lot in our class," said Xinhu Thang, a second grader, "and we should use more hand sanitizer."

The school sent a flier and letter home with the children that explains that Norovirus is a winter stomach flu that is very common, but also had strong effects.

It typically originates by fecal matter getting on food, and can then be passed on by an infected person touching someone else. The school and school system said they're taking no chances.

The Department of Education said in part in a statement, "The school is following protocol and will be throughly disinfected today and again over the weekend."

Many parents told PIX11 News that they trust that the situation will improve and be safe. Still, though, it's left some families wondering what they'll do on Friday.

"I don't know," said Ghiangi Li, the mother of a second grader. "I'm a working mother. I don't have anyone [for child care]. If [my daughter] is fine tomorrow, I'm going to let her go."

Norovirus is a common stomach virus characterized by nausea, vomiting and abdominal pain. Most infected people recover within two to three days.