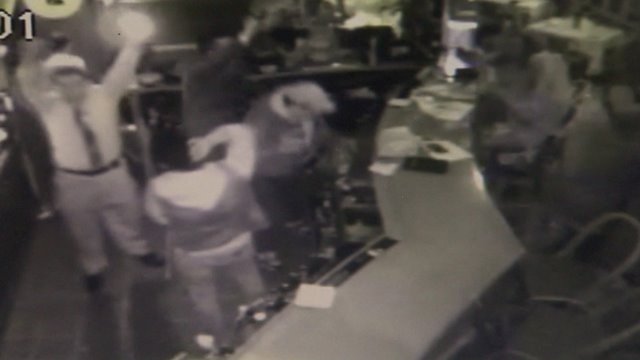 ENGLEWOOD CLIFFS, N.J. – Julian Trejos is on the job, running the valet station at Grissini's restaurant in Englewood Cliffs, New Jersey, but only because he has no other choice.

Let's start with a scene from this past Saturday night, at the restaurant's bar as Julian's coworkers read Powerball numbers from one of the pooled tickets they purchased as a group. Incredibly, they hit every number. It was surreal.

"It was the 20 minutes, most important of my life! I feel great," said cook Pedro Maza.

Valet drivers, bus boys and cooks in the kitchen including Maza all thought they were going to share the winnings and begin a new life.

They would each get a cool 22 million dollars each. Of course, they already did the after-tax math.

In fact, after learning he had hit every number, one of the cooks tossed his apron, and quit on the spot. There was just one problem.

The workers read numbers for the previous Wednesday's Powerball jackpot , for which no winning tickets were sold.

Fast forward a few days, to when they bought their ticket for Saturday night's drawing.

They were on their phones, during Saturday night's drawing, looking at an out-of-date website that listed an old set of winning numbers.

It was left to bartender Charles Poveromo and host Claudio Campos to break the news to his buddies.

"I'm staring at his phone, and I didn't want to believe that," Campos said. " I said 'oh my God!' And I'm looking around, and the guys were still behind me jumping around."

These guys now know Miss Colombia's pain and are back at work.